We screwed up, learn from our mistakes, don’t underestimate the virus

We underestimated the virus when it arrived in my country and now we’re pretty much screwed… My country is on a lock down and believe me, that’s not just because we have a flair for drama. (which we do, but this isn’t the case

) I had originally wrote this article in my mother tongue but I’ve been asked to translate it because many of us are concerned that the rest of Europe isn’t taking this as seriously as they should… I really hope you can learn from our mistakes.

Marc Lipsitch (epidemiologist at the Harvard Center for Communicable Disease Dynamics) claims that between 20 and 60% of the world’s population will get #coronavirus. We are 7.7 billion, If we average his forecasts and calculate that 40% will fall ill, this would mean that in the coming months (or more) there could be over 3 billion contagions.

If, as claimed by the WHO, the mortality rate of COVID-19 is really 3.4%, we are talking about 104,720,000 deaths. NOTE: 3.4% is based on the number of known infections and deaths at the current moment, so factors such as the average age of a specific population (in Italy for example the mortality rate is now 5%) or a country’s health care system are not considered and will be decisive factors in the months to come)

If one is told: “it is predicted that the Coronavirus will cause more than 104 million deaths”, might justifiably panic. 104 million deaths are substantially many more of those caused by the 2nd World War or the Spanish flu.

In short, this COVID-19 is forecasted to be an epidemic of catastrophic proportions and we MUST do everything we can to avoid it becoming a pandemic. (Too late, as I was translating this, it has been declared PANDEMIC- yes woman can multitask.)

But now let’s put all those numbers into perspective.

Spanish flu killed between 17 and 100 million people. I know, the data are not very precise, but we are talking about 1918. Let’s average that number and we can assume about 58.5 million died, on a population of 1.8 billion that’s 3.2%.

The Second World War caused between 70 and 85 million deaths and we are still around 3% of the world’s 2.3 billion population of the 1940’s.

According to the University of Oxford in 2019 about 60 million deaths globally occurred, of which about 6 millions from lung’s problems or respiratory infections. My math is: 60 million – 6 (which would have probably died anyway- I know it sounds terrible, but bear with me) = 54 + 104 of viruses = potentially in 2020 the planet could reach 158 million deaths. (although clearly the 104 are only a forecast that may not occur, or they might be spread over a longer period of time or being in quarantine might save other lives that might have died in car accidents or snake bites while been hit by a lighting crossing the road, you get the gist.)

The birth estimate for 2020 should have been around 140 million. (potentially the uncertainty brought by the virus might affect birthrates too- but let’s speculate with just the data we have) This would mean that if (ONLY IF) all the predictions listed above will happen, for the first time since the “black death” ( which reduced European population of somewhere between 30 to 50% !!!) the world population will slightly decrease in 2020. (Basically instead of growing according to the trend of the last few years by about 1%, we would decline by 0.23%)

“So what’s so positive about witnessing more people dying in a year than the black death reaped over the course of a century?

Fair question, and perhaps my answer may seem cynical but I’am desperately trying to find some hope in such a grim scenario … And something I found, probably not much but ..

In practical terms, we are talking about one and almost half possibilities that this year, someone we know will die because of COVID-19. A lot, too much, sad, unacceptable but 1.35 is better than 3, and much better than 30. And if we really want to find something positive about 2020, well there will be a substantial the reduction of co2 emissions, fundamental for our long term survival on this planet.

It’s never nice to quantify pain in numbers, but if this is truly our inevitable future, I think it’s essential to study these numbers to reduce the general panic that will be triggered by the PANDEMIC, which, in my humble opinion, could potentially cause more problems. of the pandemic itself.

In my opinion what becomes obvious by being in this situation is that our liberal system has favoured economy over health, companies’ profits over the environment and basically our human nature (to demonstrate this, for example, the cuts of 37 billion in the Italian public health system, the cuts of 70 thousand beds, the closure of 359 wards and the cut of 43 thousand employees in the last 10 years). We, italians, are already paying the consequences of having built a system funded on greed. I hope your country did better.

The contagion at this point seems to be unstoppable, but we must strive not to all get sick at the same time or not to get sick at all. In Italy we have already run out of hospital beds, staff and equipment. If the virus has already reached your country you might want to start quarantining yourself asap. Don’t mingle, Reduce contact, wash your hands, don’t touch your face, repeat.

As “Littlefinger” said in Game of Thrones, chaos is a ladder and surely there is and there will be those who want to exploit the coming months to climb it. Keep your eyes open, read a book, go for a solitary walk in the mountains, unplug your lifestyle, turn this into an opportunity to reset.

It’s a tough lesson, very tough, but I hope that humanity will not forget it and that we will find the values that the economy, the banks, the fu**ing stock market, the bloody interests rates, mortgages, loans, and all the useless fancy jobs created to move capital around made us forget. Money is neither to be eaten nor breathed. 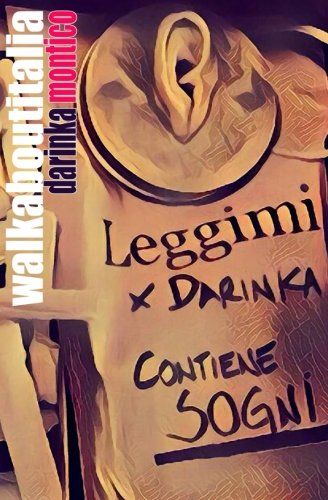